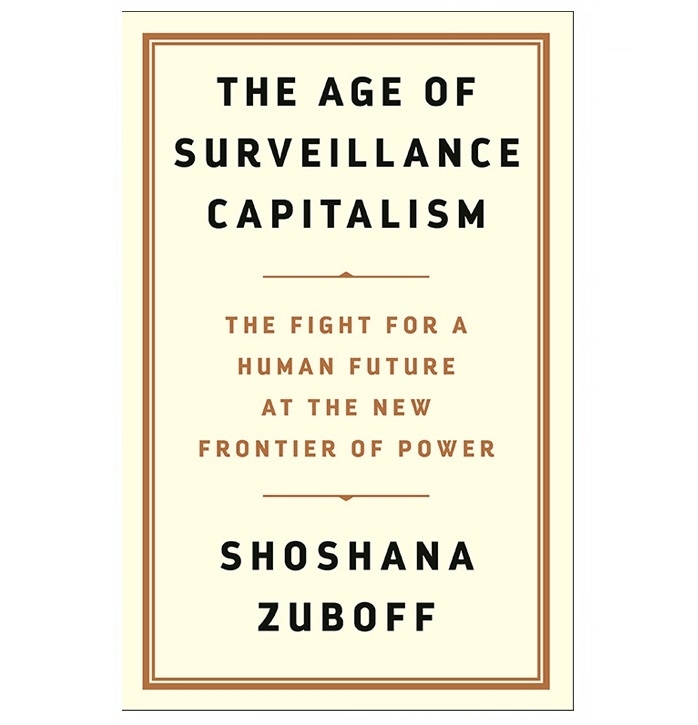 The Age of Surveillance Capitalism: The Fight for a Human Future at the New Frontier of Power

A description of the people who rent out your focus.

The challenges to humanity posed by the digital future, the first detailed examination of the unprecedented form of power called “surveillance capitalism,” and the quest by powerful corporations to predict and control our behavior.

In this masterwork of original thinking and research, Shoshana Zuboff provides startling insights into the phenomenon that she has named surveillance capitalism. The stakes could not be higher: a global architecture of behavior modification threatens human nature in the twenty-first century just as industrial capitalism disfigured the natural world in the twentieth.

Zuboff vividly brings to life the consequences as surveillance capitalism advances from Silicon Valley into every economic sector. Vast wealth and power are accumulated in ominous new “behavioral futures markets,” where predictions about our behavior are bought and sold, and the production of goods and services is subordinated to a new “means of behavioral modification.”

The threat has shifted from a totalitarian Big Brother state to a ubiquitous digital architecture: a “Big Other” operating in the interests of surveillance capital. Here is the crucible of an unprecedented form of power marked by extreme concentrations of knowledge and free from democratic oversight. Zuboff’s comprehensive and moving analysis lays bare the threats to twenty-first century society: a controlled “hive” of total connection that seduces with promises of total certainty for maximum profit – at the expense of democracy, freedom, and our human future.

With little resistance from law or society, surveillance capitalism is on the verge of dominating the social order and shaping the digital future – if we let it.

"Many adjectives could be used to describe Shoshana Zuboff's latest book: groundbreaking, magisterial, alarming, alarmist, preposterous. One will do: unmissable... As we grope around in the darkness trying to grasp the contours of our digital era, The Age of Surveillance Capitalism shines a searing light on how this latest revolution is transforming our economy, politics, society - and lives." - John Thornhill, The Finacial Times

"Extraordinarily intelligent... Absorbing Zuboff's methodical determination, the way she pieces together sundry examples into this comprehensive work of scholarship and synthesis, requires patience, but the rewards are considerable - a heightened sense of awareness, and a deeper appreciation of what's at stake. A business model that seeks growth by cataloging our 'every move, emotion, utterance and desire' is too radical to be taken for granted. As Zuboff repeatedly says near the end of the book, 'It is not O.K.'" - Jennifer Szalai, The New York Times

"The rare volume that puts a name on a problem just as it becomes critical... This book's major contribution is to give a name to what's happening, to put it in cultural and historical perspective, and to ask us to pause long enough to think about the future and how it might be different from today." - Frank Rose, The Wall Street Journal