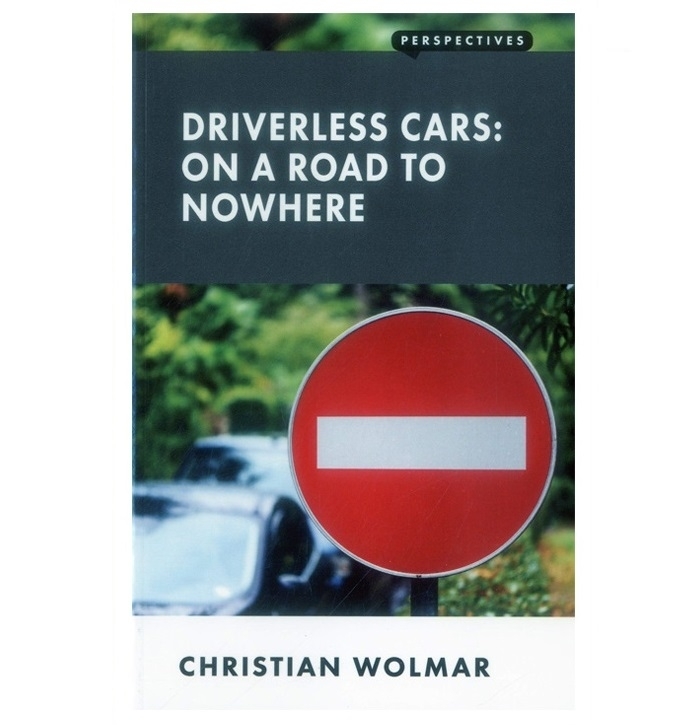 Driverless Cars: On a Road to Nowhere

The transition to self-driving cars seem to be arriving in much the same way as a computer operating system update does. What could possibly go wrong?

Driverless cars are the future. That is what the tech giants, the auto industry and even the government want us to think. Almost daily there are media stories about how we will soon all be able to rip up our driving licences, sit in the back seat and let the car take us around.

But is this really going to happen?

Christian Wolmar has dug behind the hype and found a very different story. We are nowhere near this driverless utopia. Indeed it may prove to be impossible to reach. And even if it were achievable, does anyone want it? Far from reducing traffic and pollution, millions of zombie cars on the roads would make them worse.

Wolmar looks at the technical and other difficulties that make this driverless future a very uncertain proposition. He finds that it is the tech companies and the auto manufacturers who are desperate to get us out of the driving seat, and argues that far from making the  roads safer, driverless cars may well make them more dangerous.

This entertaining polemic sets out the many technical, legal and moral problems that obstruct the path to a driverless future, and debunks many of the myths around that future’s purported benefits.

Christian Wolmar is an award-winning writer and broadcaster and is widely acknowledged as one of the UK’s leading commentators on transport. He is the author of more than a dozen books on transport issues and regularly appears on TV and radio. He has written for The New Statesman, The Times, The Guardian and The Oldie among many other publications.

“This is just what the robot evangelists don’t want you to read: a rational, levelheaded, compelling yet cheerful analysis of why the driverless car‘s route to success is so uncertain.  Wolmar has simmered the hype to reveal real-world motor industry paranoia and  tech-sector hubris, and he explains why autonomous cars probably aren’t coming to a street near you anything like as soon as you’ve been led to believe.” - Giles Chapman, commentator on car culture and award-winning author

“Christian Wolmar shows us that the issues surrounding autonomous vehicles are basically about the power and freedom of different types of road user, and who wins and loses from their application. He lists in detail the issues that work against autonomous vehicles being any real kind of solution to the health and environmental transport problems we have. This book is a powerful argument against further resources going up the ‘road to nowhere’.” - Robert Davis, Chair of the Road Danger Reduction Forum